Inside The Vault At The Prince of Wales Northern Heritage Centre

Inside The Vault At The Prince of Wales Northern Heritage Centre

A behind-the-scenes look at the museum's operations and collections before its 40th birthday celebration this weekend.
By Jacob Boon
•
Jun 14
•
2019

Ahead of public birthday celebrations this weekend, Up Here and other local media were invited this week on a behind-the-scenes tour of the Prince of Wales Northern Heritage Centre.

Registrar Susan Irving toured us around the Yellowknife facility, showing off an extensive collection of photographs, newspapers, artifacts, and artwork donated from people and communities across the North during the museum’s 40 years of operation.

“Their history is our history,” says territorial archivist Erin Suliak. “We are here not only to preserve it but to share it.” 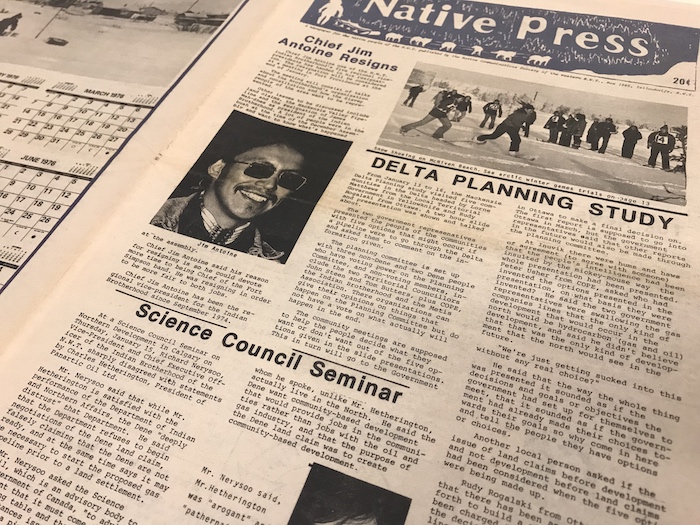 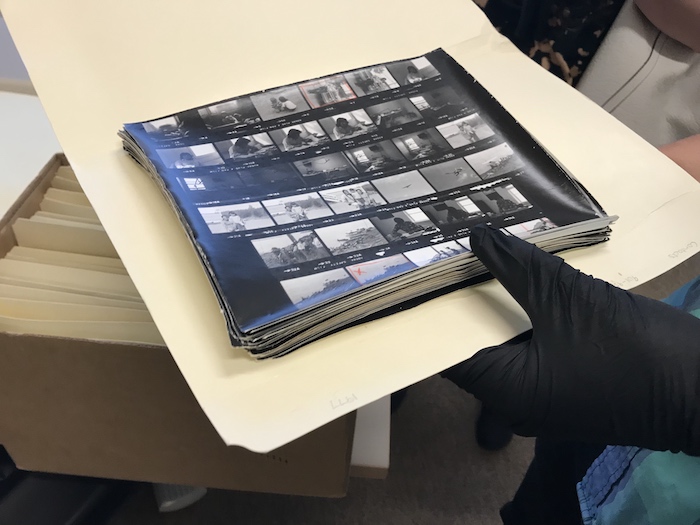 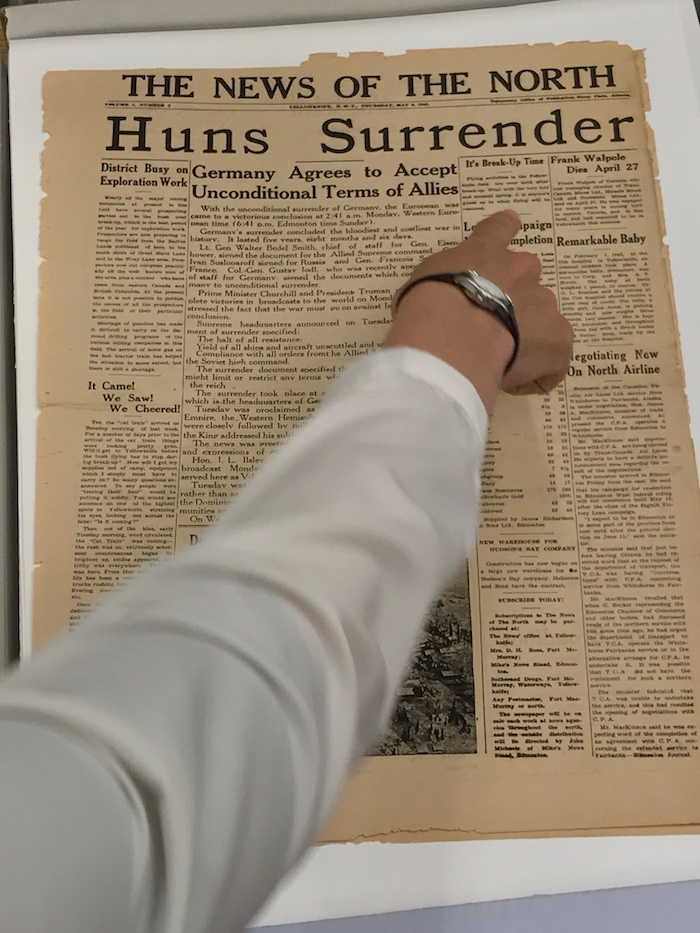 Suliak is the first territorial archivist for the museum who was born and raised right here in the NWT. The Prince of Wales currently employs five archivists, a technical coordinator, and a library technician. Four of those seven staffers are Northerners.

It’s something to be proud of in a region that for much of its history was documented and catalogued by outsiders. Now, it’s not only mostly locals doing the archival work, but increasingly it’s also Northern residents who voluntarily come forward to share their collections and tell their tales. 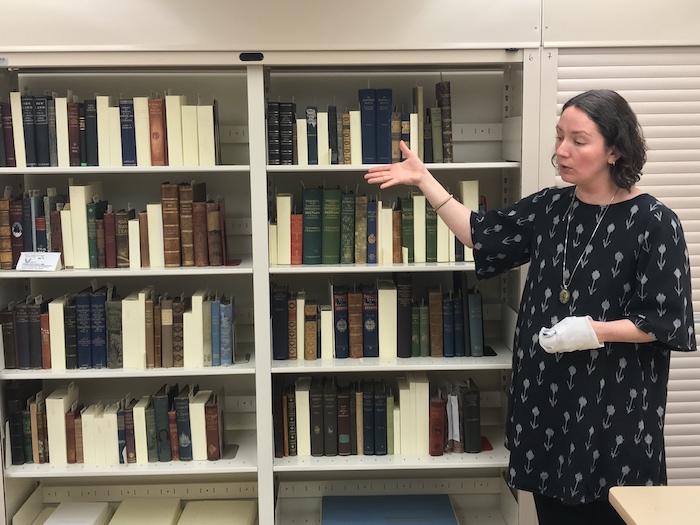 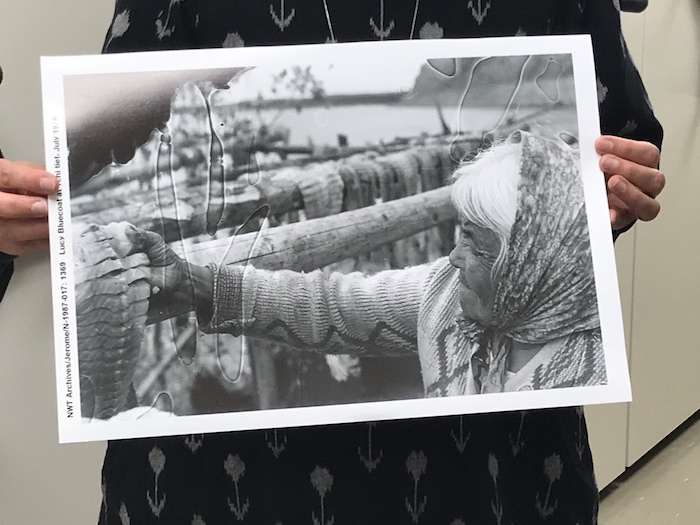 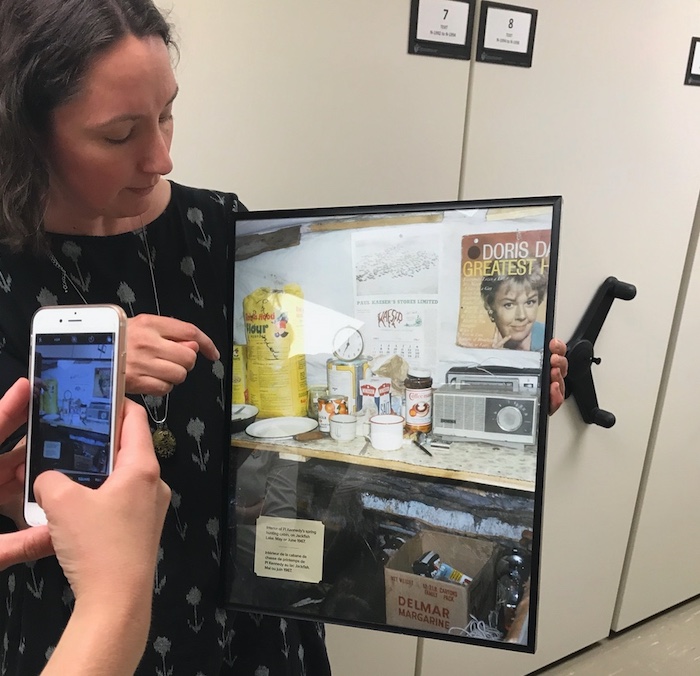 One of the museum's most cherished collections belonged to photographer James Jerome, who collected thousands of images around Gwich’in fishing camps in the ’70s. Jerome tragically passed away in 1979 in a house fire, but close to 9,000 negatives were able to be saved from the blaze and were donated to the heritage centre.

Another group of photographs, which Suliak is particularly a fan of, belong to the legendary NWT trapper Pi Kennedy—a “proto-Instagrammer” whose documentation of his life on the land helps tell an important Northern story, says Suliak. The museum even teamed up with Cabin Radio last year on a podcast about Kennedy and his famous bush radio. You can listen to it here. 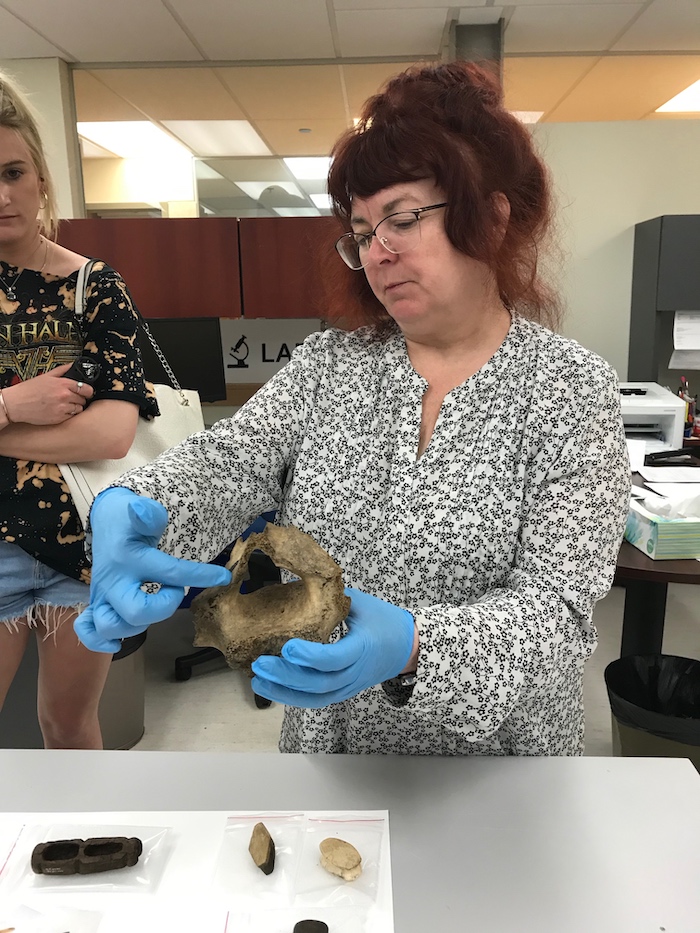 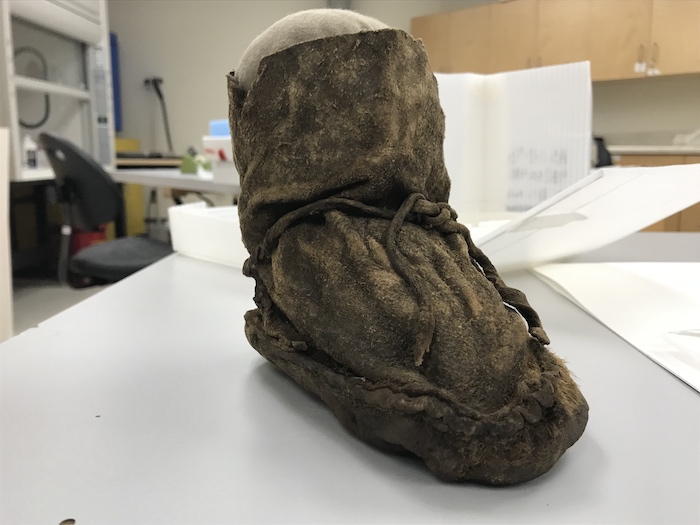 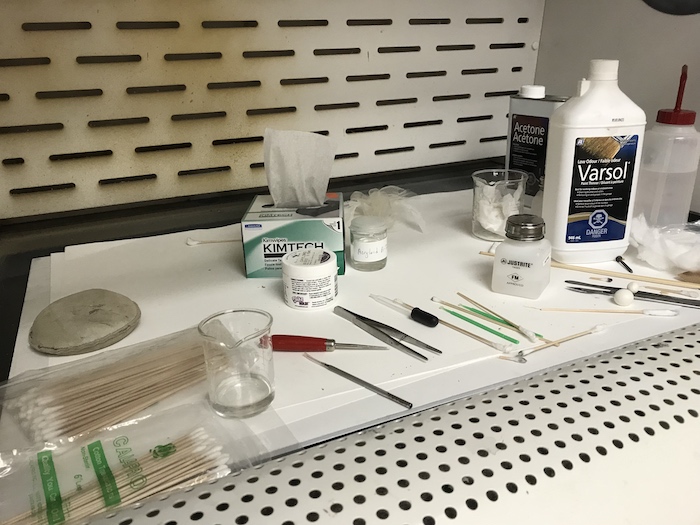 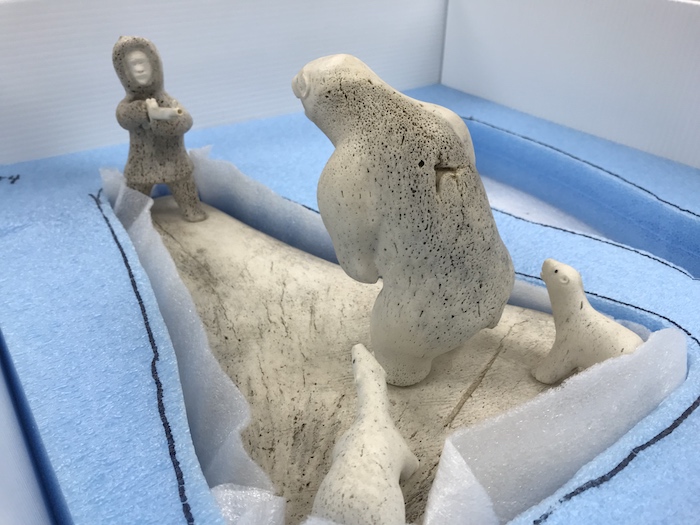 The Prince of Wales also stores kilometres worth of audio recordings from across the North—one of the reasons they're running so low on space. Suliak says the centre is prioritizing the digitization of Indigenous language recordings first. The museum also collects government game returns. The bureaucratic ledgers record who’s bringing in which furs each season, but also reveal the rise and fall of animal populations across the decades.

“Our aim is to try to capture as much of the story of the North as we can,” says Suliak.

Within reason, of course. 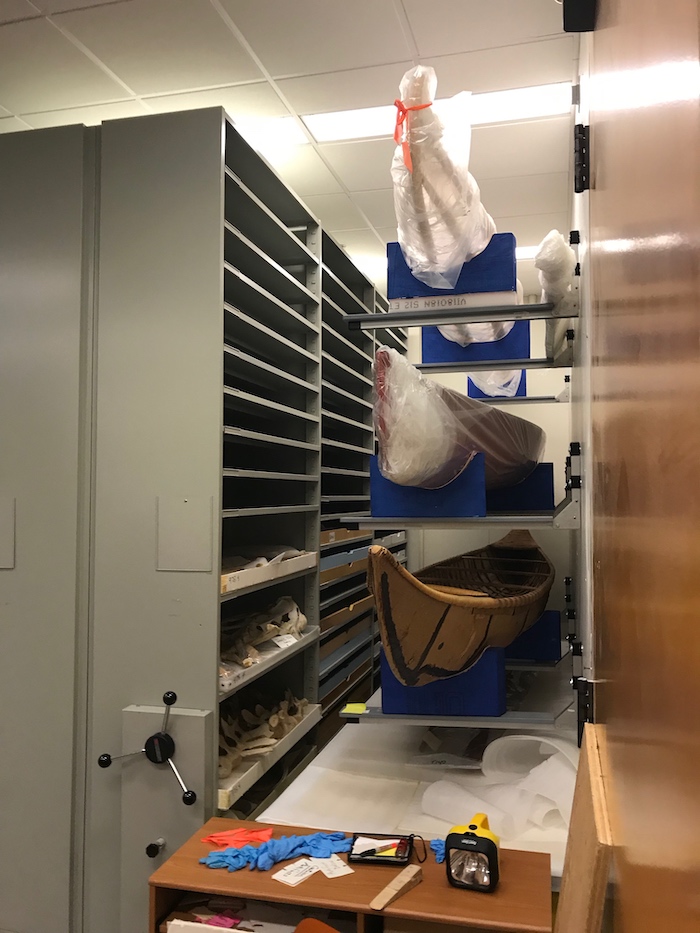 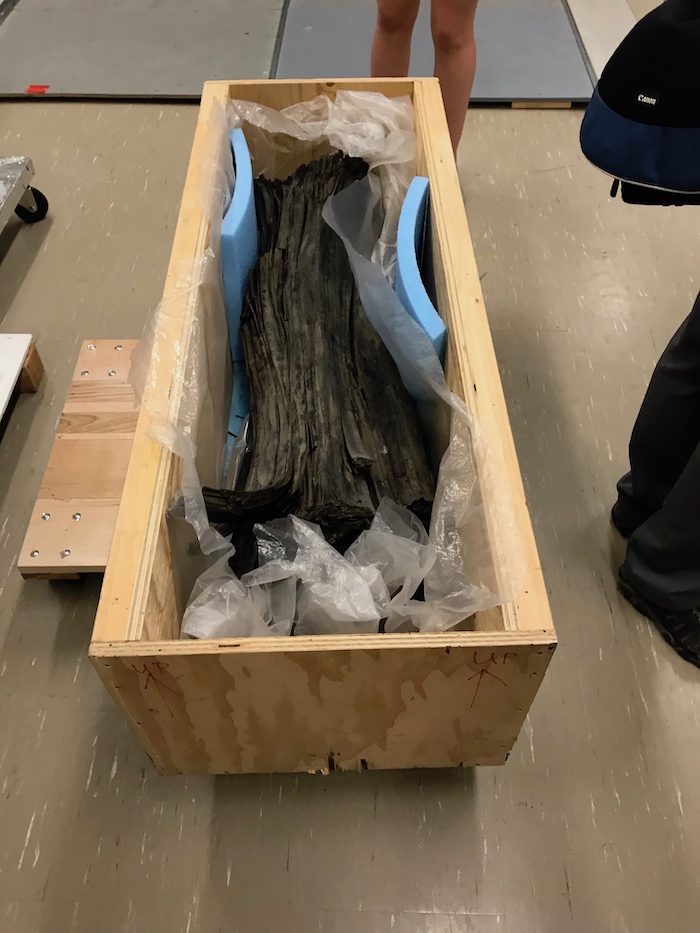 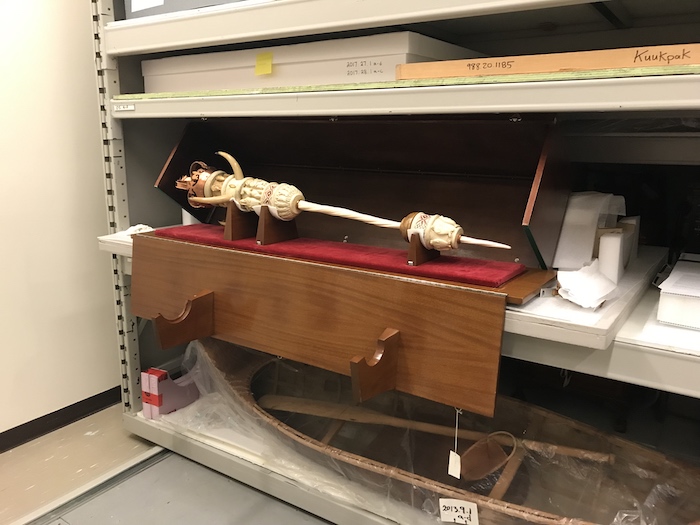 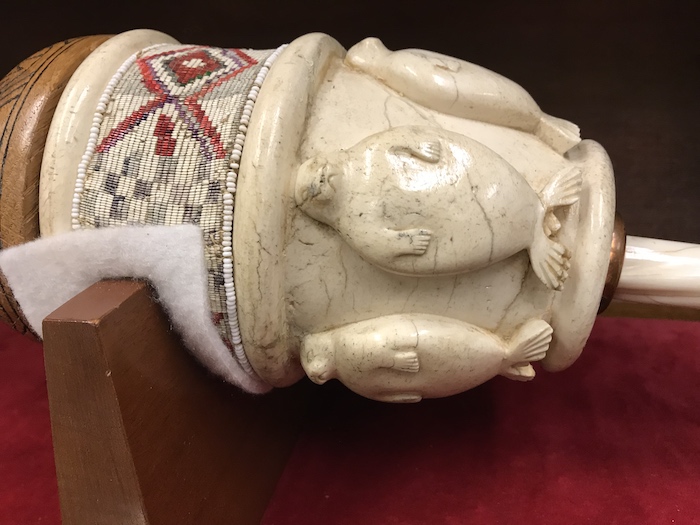 The public is invited to see more from the museum at its 40th birthday celebration this Saturday, June 15. Festivities kick off at noon with stew and bannock, live music and an NWT arts market. Birthday cupcakes, Voyageur canoe rides, storytelling, and dance are also on the jam-packed agenda, which can be found here.

More from Up Here

Check out the winners of our annual Up Here reader photography contest.

Knowledge does not always equal power, and other lessons learned at Arctic Frontiers.

Was Hockey Born In Délįne?

The compelling and almost-true northern claim for Canada’s national pastime.

Claws as Big as Fingers

Behind The Look: Part 8